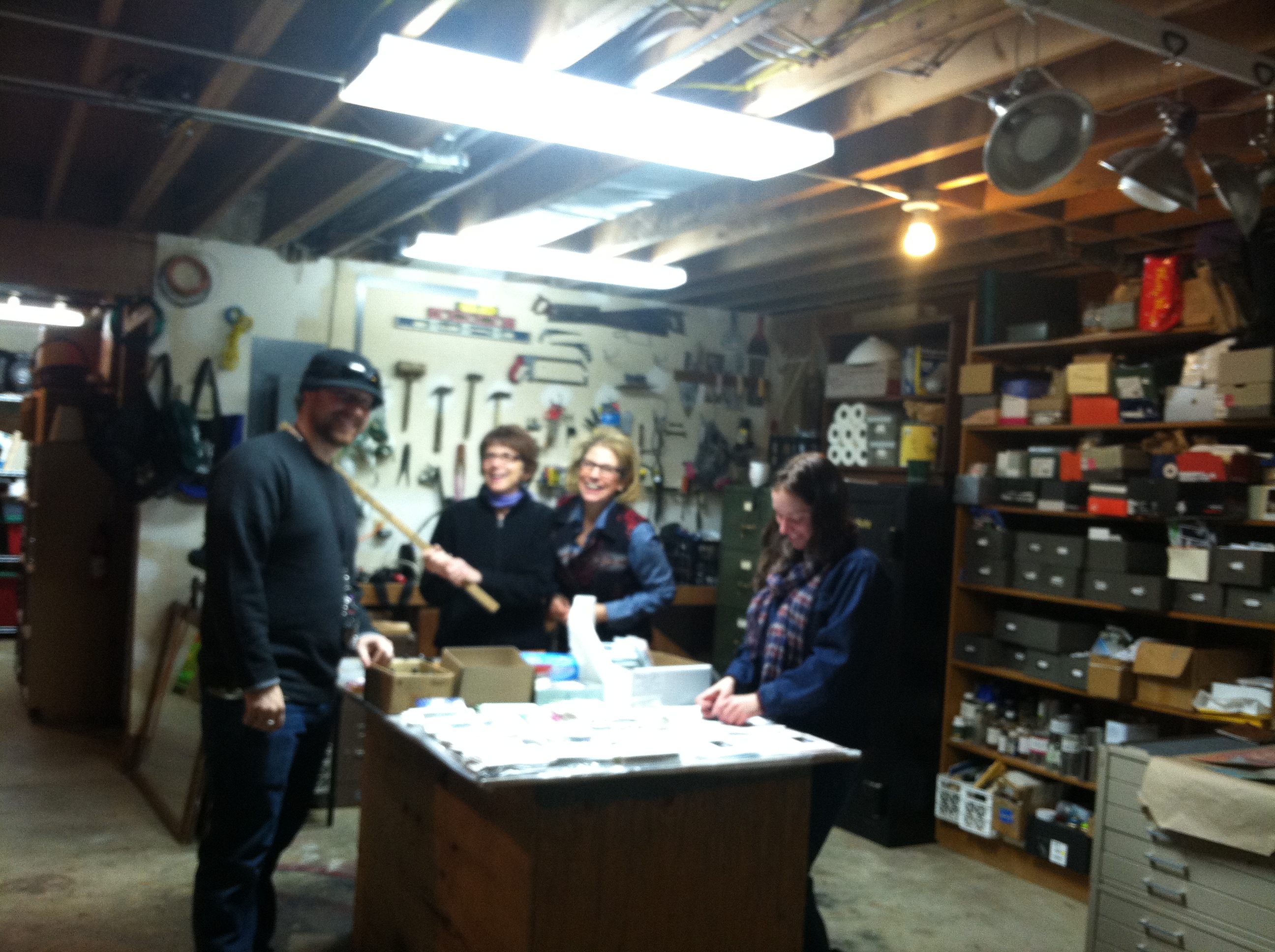 Yesterday “the troops” arrived in the afternoon to help me along in my preparations. Gail prepared some drawing papers to take along by staining them, Paula and her daughter Elizabeth did a fantastic job packaging cards of my painting images in rice paper and colored string to give as gifts. Paula even helped out with her expertise on how to manage a toiletry bag. (Thank you ladies!!).

I’ve been to AAA to get my plug adapters and homeopathic “jet-lag” pills.

Watching an old Sean Penn/Elizabeth McGovern movie called “Chasing the Moon” seemed to get my head on straight about leaving. Sean Penn does such a good job of playing a young boy about to go off to war. He keeps it cool while his face registers some heavy emotions obviously going on inside. Well I’m not a young man going off to fight, rather an old (ish) woman going to report on a “war” of sorts-if the fight against breast cancer can be called that. Watching Sean Penn prepare himself somehow got me out of the I’m-in-over-my-head feeling. Thank you Mr. Penn! It’s your face I’ll call up in my memory when whenever I need to calm myself in the upcoming days.