Get to know the authors behind the book. 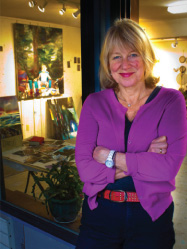 Laura Ross-Paul met her husband, Alex, at Oregon State University in the late sixties where they both were active in the Peace movement. After graduating with her Masters of Fine Art from Portland State University she began her teaching career as an Adjunct Professor of Art, specializing in painting and drawing the figure. She also began her continuing career as a gallery-represented studio artist. That career has blossomed and can be viewed at her website, LauraRoss-Paul.com.

Laura and Alex have three amazingly wonderful and talented children, Sean, Louie, and Emma, who are all college graduates and work independently in creative fields. Laura had enough interest in science to receive an extra Bachelor of Science degree. Her curious mind often pushes the envelope technically as she develops techniques for her paintings. She credits her ability to anticipate a successful outcome before having tried something new technically as a contributing factor in trusting Dr. Littrup’s approach to using freezing to cure breast cancer.

Laura continues to keep a studio and exhibition practice going. She joins her husband in his many outdoors adventures, most recently adding stand-up paddling to her activity list. Laura and Alex spend the winters in Portland, Oregon and live in a small cedar cabin on the Oregon coast during the summer, where most days Alex fishes the ocean for salmon and Laura works in her yurt studio surrounded by huckleberries and firs. Her animated illustrations can be seen in her son’s recent documentary, 2012, the End? 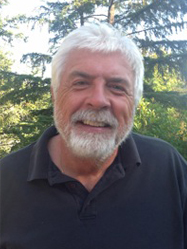 Alex was trained as an industrial engineer at Oregon State University. A short career in engineering led to a position in sales engineering selling equipment, which led to Alex starting his own equipment sales business. This was followed by a career as a real estate developer which culminated in the development of several retirement residences in Oregon. Alex and Laura still own and operate one facility, Beaverton Lodge Retirement Residence. An early interest in poetry and writing blossomed into a writing career. Suicide Wall, a novel about Vietnam veterans and suicide was published in 1996. His website, SuicideWall.com, provides a place for veterans and their families to record their experiences with veteran suicide.

Alex has also published several books in his middle grade young adult action adventure novel series called Arken Freeth and the Adventure of the Neanderthals ArkenFreeth.com. In addition, Alex assembled the book They’re Mine and I’m Keeping Them by editing Laura’s journal, providing his own insights into the ordeal Laura endured, and interviewing and assisting Dr. Littrup in writing his portions of the book.

Alex and Laura have been married since 1970 and have three children. Alex is an avid outdoorsman, fishing the ocean for salmon in the summer off the mouth of the Columbia River; surfing year round in Oregon and California; skiing in Oregon, California, Idaho, Utah, and Canada; and hunting elk in Oregon and New Mexico. He also plays blues bass in clubs in Portland with the group, Skeleton Crew. 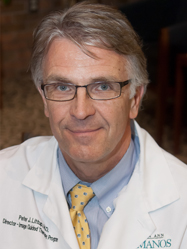 Peter Littrup’s medical career has been dedicated to improving cancer diagnosis and image-guided treatments. His current areas of research include development of breast ultrasound tomography and its potential for non-invasive breast cancer treatments via drug delivery and focused ultrasound ablation. He’s currently developing image-guided treatment programs focusing on cryotherapy, due to extensive experience with freezing treatments for nearly any anatomic location. Beginning with prostate cancer, his cryotherapy work now extends to many organ sites and cancer types. One of the founders of the American Cancer Society’s National Prostate Cancer Detection Project, he is a leading authority on prostate cancer early detection using prostate specific antigen (PSA) and ultrasound.

One of the early Radiology Society of North America Research Fellows, he was the first to observe laser/microwave tissue ablation in the prostate by ultrasound and MRI. He translated this work with ablation imaging and cancer screening to come full circle with his current work in cryotherapy, breast ultrasound tomography, and focused ultrasound. Littrup’s CV includes over sixty publications, four patents and multiple research grants. Littrup received his B.S. (1980) and M.D. (1985) from The University of Michigan, and completed a Fellowship in Prostatic Ultrasound (1987) at St. Joseph Mercy Hospital, University of Michigan.

Learn more about cryo-ablation »
See who’s talking about it »